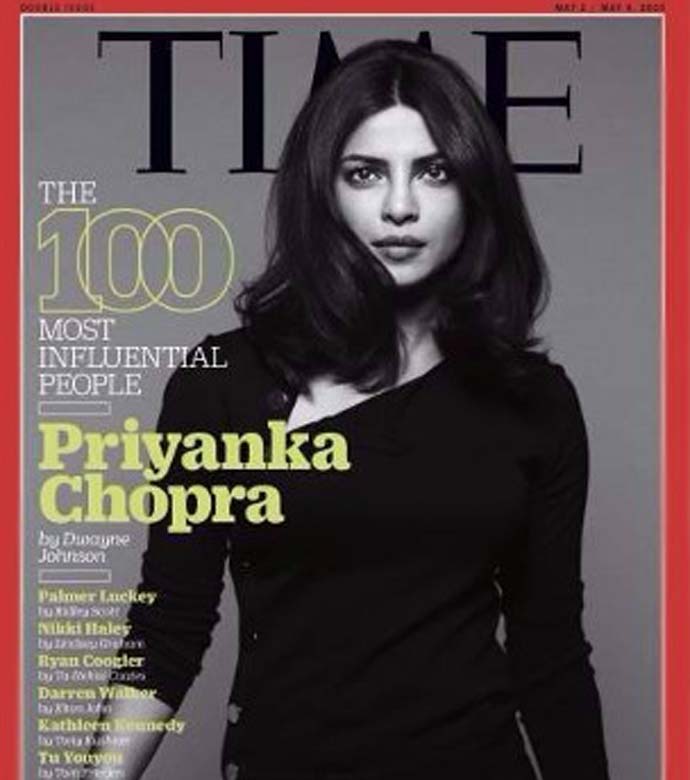 Priyanka Chopra has made it on TIME Magazine. Priyanka Chopra is one of the 100 most influential people in the world, she says “I don’t want to have a label. _ I want to break stereotypes.” #TIME100

Our Hollywood, Bollywood actress Priyanka Chopra has made it to the cover of Time magazine. The magazine, in its May edition, counts her among the “Top 100 Influential” people in the world.