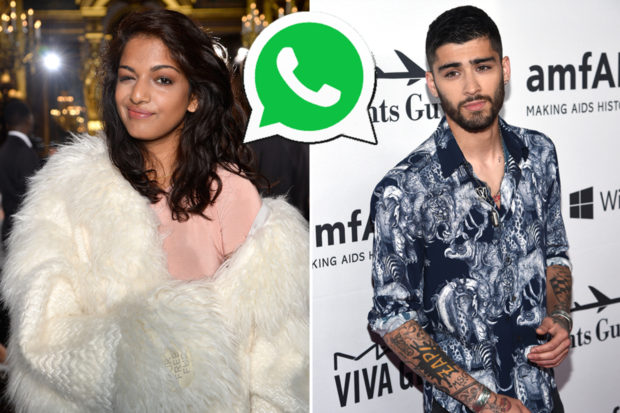 Sri Lankan artist M.I.A. says she and Zayn Malik have a new collaboration titled “Freedun.” M.I.A. reveals she and the former One Direction-er created the song via messaging app WhatsApp.

“We just basically did it while I was here, because I’ve been here for a week-and-a-half,” she told Entertainment Weekly. “We’ve just been going back and forth on, you know, WhatsApp.”

“We have the same publishers and they wanted me to demo some songs for Zayn. Before I started writing properly my own stuff [for A.I.M.], I was thinking maybe I’ll write for other people instead. I really wanted to write a song for Zayn….We had a couple people in common. And that’s how it came about. I didn’t really approach him for my own record until later on. First, I thought I wanted to try writing a song for him.”

M.I.A. “Go Off” Produced by Skrillex and Blaqstarr