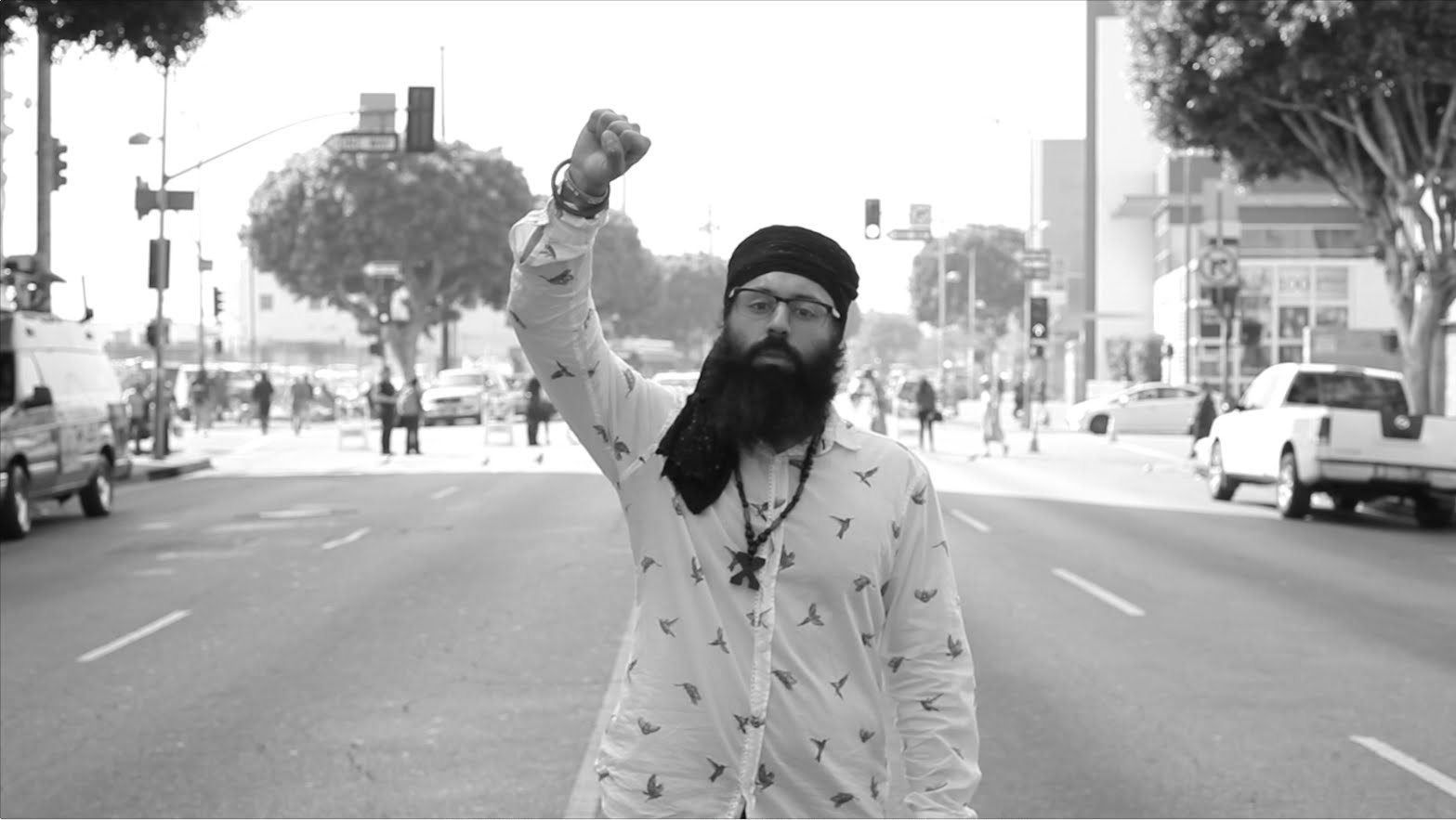 In memory of Charly “Africa” Leundeu Keunang who was killed by LAPD March 1st 2015 in Downtown Los Angeles. All officers who murdered Africa have been acquitted and the murder was found “in policy” of the Los Angeles Police Department. Shame on the LAPD and the city of Los Angeles for justifying this murder.

Special thanks to the Los Angeles Community Action Network and Pete White for support in the production of this video.

The gun is a sword
in the mind of a man
who has no strength
but the slight of his hand
fight with no plan
write without consciousness for another hue man damn.

in the city of LA,
where the devil thinks he can kill an angel a day
i blame the system its driven to insane pain of an intense ray, ay,

some call it skid row, some say, hell, some say downtown los angeles
where the people work hard through the hardest times and yet they handle it
one day, big bad wolf shows up,
blue uniform, with a badge and a gun
now he think he tight, white man tryna treat Africa like his own son
he don’t know where he from, he don’t know what he did
but he’s scared of the original man
god body work in mysterious ways, police don’t know what the fuck is they plan
so when the god body move, the police get scared and they do what they can
training is cheap and motives are weak, police just another …
God body never die.
infinite love in the sky
when the slug hit the thigh
heart rate disappear
here come the outrage
now they playing with africas mind

black lives matter, africa was here,
the 5-0 killed him lets make it clear
my heart grows heavy
in the darkest of years
so i spark it with peers
and we charge up the gears
this is my target
harness the truth and work it like a moshpit
3 3 3
lets start it