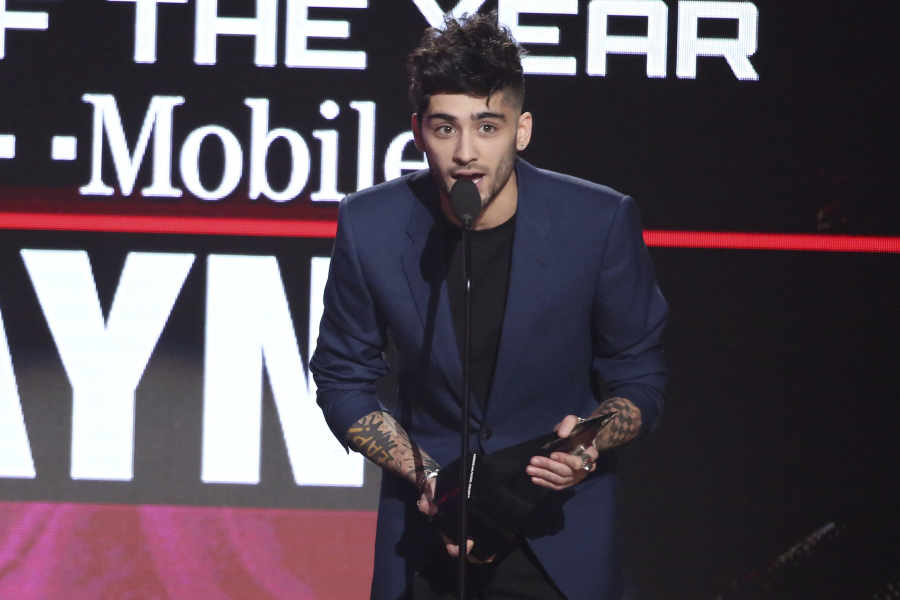 Zayn Malik, the former member of One Direction turned solo superstar, won the award for Best New Artist at this years American Music Awards. He went up against Alessia Cara, The Chainsmokers, DNCE and Shawn Mendes. It was his first time winning an award as a solo artist. This was also the only award he was nominated for on this night.

As Zayn accepted his award, he started off his speech with a little joke: “Wow. This just has my name on it, right?” It was an obvious reference to his earlier days as a member of One Direction, but based on the crowds response it might’ve went unnoticed. He continued his speech by saying:

“I can’t thank the people that have been with me every day the past year enough. Standing here is crazy. My mom, my dad, everybody in my family that’s been supporting me the past year, especially my dad. Thank you, Dad. Also, big thank you to you guys. I didn’t expect anybody to still vote for me. So thank you, and I”ll put it on my fireplace.”

What Does This Award Mean?

After Zayn made the decision to show “who he really is” by leaving One Direction, he went on to release his solo debut album, Mind of Mine, earlier this year. The album received rave reviews and was number one in most countries.  He also released a self-titled biography and has a couple of clothing lines.

Look inside the new Zayn’s new book is now available →

It seems that his decision paid off as he is experiencing tremendous success as a solo artist, and this award certainly validates that.