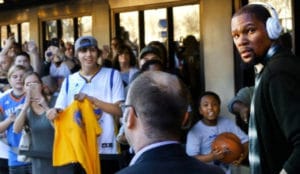 Golden State Warriors’ Kevin Durant, right, walks toward cheering fans where he greeted several and signed a few autographs as he left a downtown Oklahoma City hotel with teammates to board a bus for a ride to the Warriors’ NBA basketball game against his former team, the Oklahoma City Thunder, Saturday, Feb. 11, 2017. (Jim Beckel/The Oklahoman via AP) 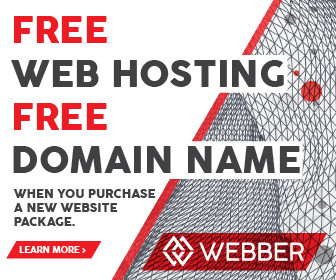